The State of Succession survey asked South African HR leaders and executives to share their perspectives on succession planning: how they approach it, why they do it, what outcomes they see, and more...

Why do South African organisations focus on succession?

When asked why they engage in succession planning, respondents indicated that their objectives were to identify and develop the right talent to ensure business continuity. Other goals that were highlighted were creating career paths for employees, improving retention, and increasing diversity in key roles. 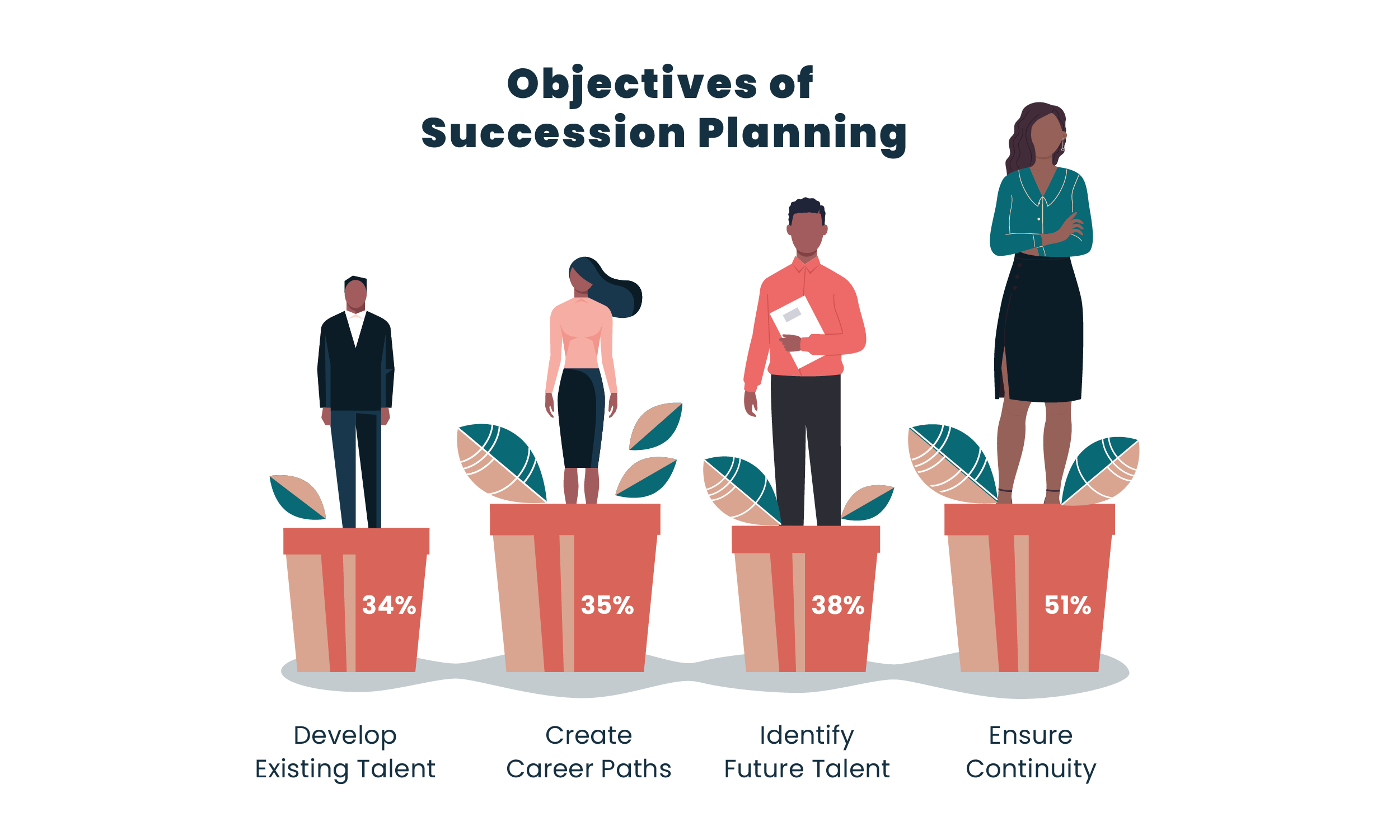 How do organisations approach succession planning?

91% of respondents indicated that succession planning is a high priority in their organisation, while 9% felt that it is a moderate priority. It’s clear there is a widespread need for effective succession to achieve business and leadership continuity.

When asked how they approach succession planning, 41% indicated they follow an unstructured method. This includes processes that are only run when needed, for example when a role becomes vacant, and processes that are inconsistent across departments. In contrast, 19% of respondents take a more structured process that is consistently applied across the organisation. 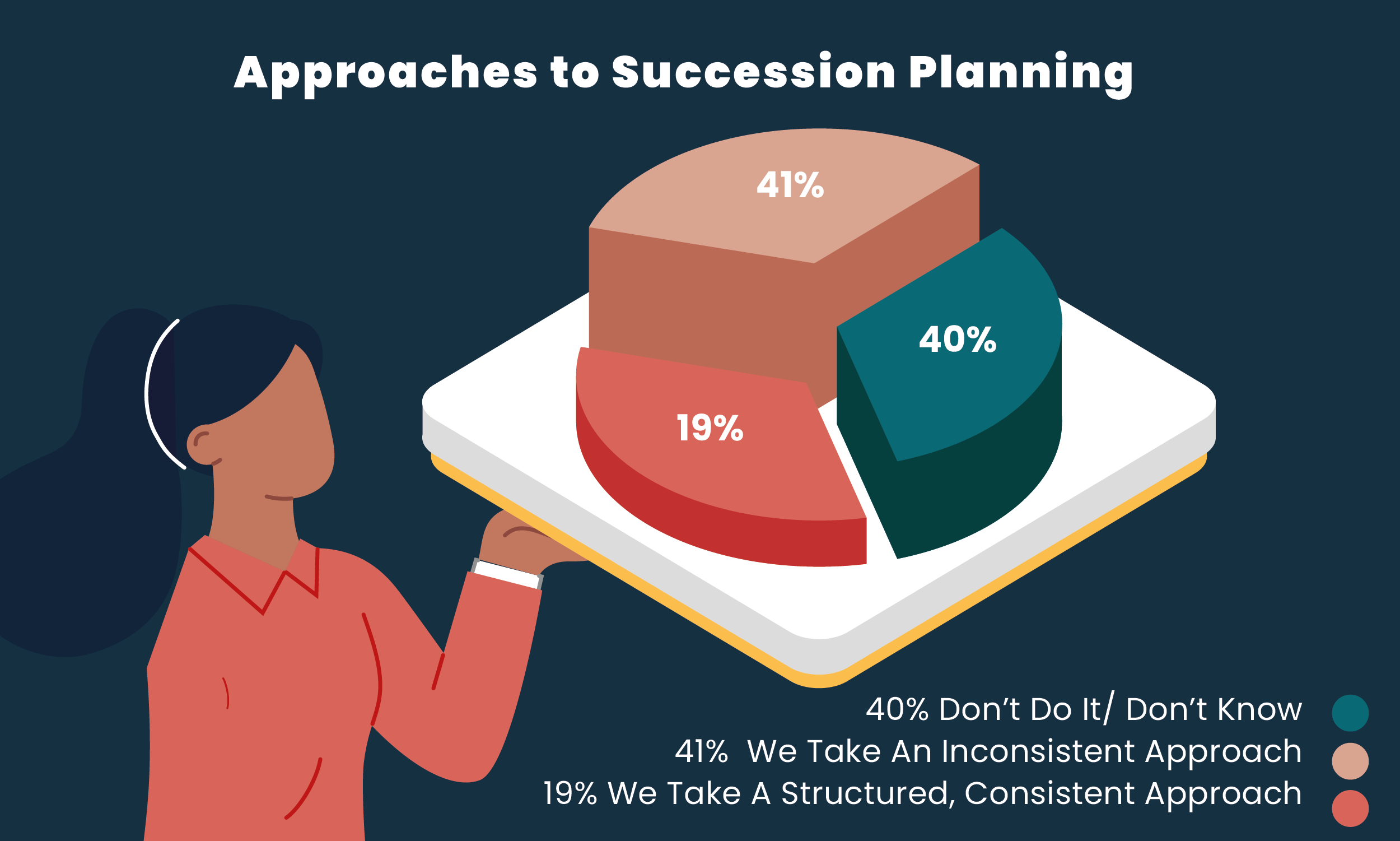 How are succession decisions made?

Respondents shared which factors they consider when determining their organisation’s succession pipeline. The top five were: 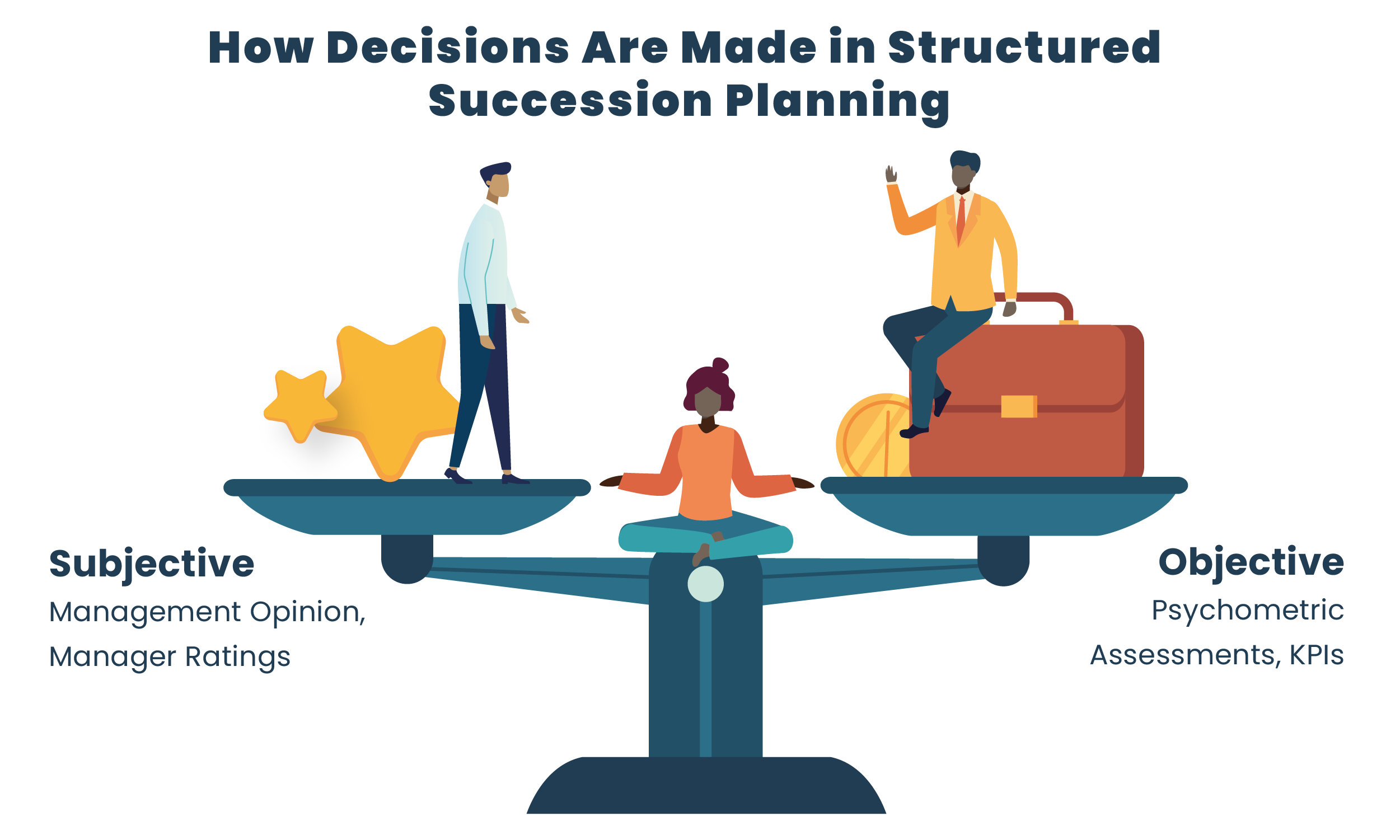 In an ideal world, organisations should strive to collect both objective, numbers-based data on their talent as well as more subjective, detailed insights. A combination of the two allows for the best prediction of future performance, while gaining a deep understanding of talent.

Which roles do organisations include in succession?

According to respondents, succession planning in South African organisations is generally focused on CEO’s, executives and senior leaders. For those who do succession planning, 56% also include mid-management levels, while only 28% consider specialist or scarce skill roles. 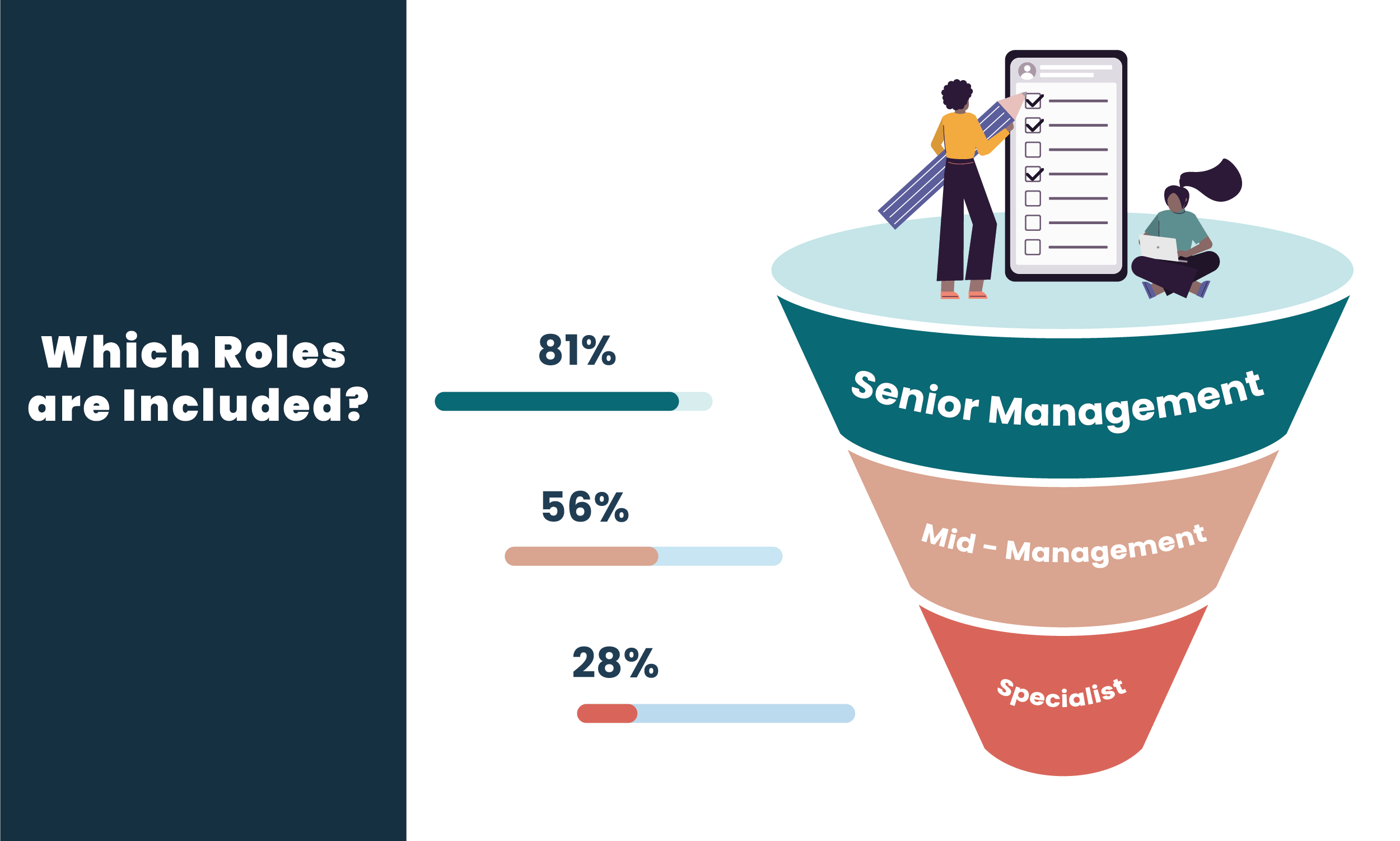 Succession planning best practice suggests that organisations should avoid limiting their focus to senior leaders and should also consider the impact of “linch-pin” positions that are critical to the company’s long-term health. For example, leadership development typically begins at middle management, where the focus shifts from operational oversight to more strategic delivery. Including these levels in succession planning enables the organisation to take a longer-term approach to developing performance and filling their leadership pipeline.

What happens if key leaders leave?

Respondents were asked: “what would the impact on your business be if three key leaders suddenly left at the same time?” There was almost an equal split in responses between a manageable impact (30%), a negative impact (33%) and an unknown impact (37%). 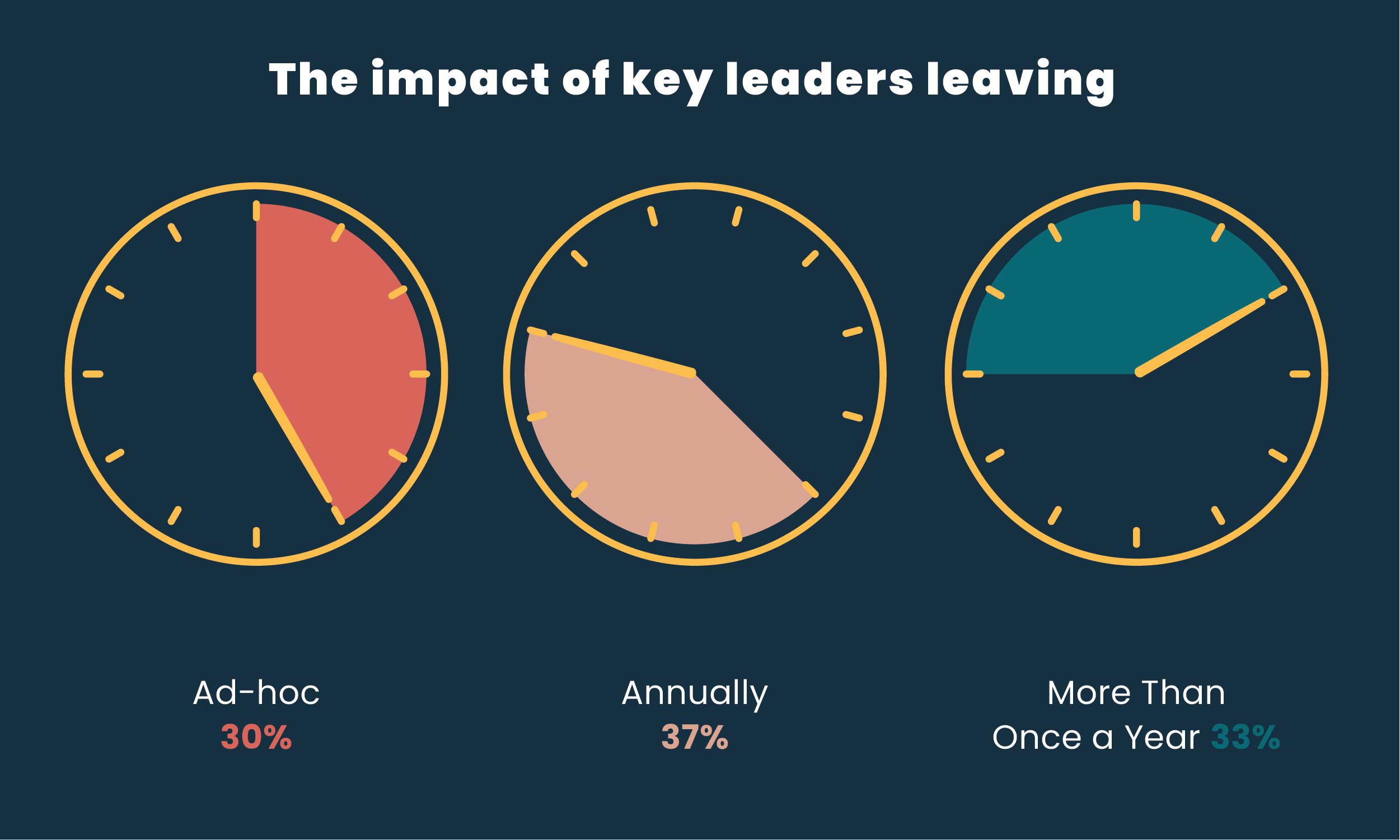 Those who selected “a manageable impact” highlighted that succession planning helps them to prepare for sudden vacancies, so that the organisation is not thrown into crisis mode when someone leaves. Those who chose “an unknown impact” indicated that they don’t have sufficiently sophisticated succession processes to fully understand the risks and repercussions of key leaders leaving.

What stands in the way of effective succession?

A number of key barriers were highlighted by respondents as limiting their succession efforts. These included budget concerns (46%), knowledge/understanding (40%) and access to technology to effectively manage the process (39%).

Curious to see where your organisation stands? Fill in the Succession Checklist and see how your approach to succession compares to other South African organisations. It’s free, quick, and easy - complete it online and receive immediate feedback. Or you can download the PDF version to complete in your own time.

HFMtalentindex offers an end-to-end succession planning solution, as well as modular options to optimise your programmes. Book a free demo to discuss your needs and find out more about our succession toolkit: