Learning Agility is defined as the ability to develop effective behaviour in response to new situations. Agile employees are more adaptable and open to learning in the face of change, uncertainty and ambiguity.

Research supports the important role of Learning Agility in organisational, team and individual performance. We’ve summarised some of these key findings below, highlighting why it’s critical for your business to measure and grow its Agility.

Putting this into context, when looking at what drives success in leaders, Learning Agility accounts for 54% of the performance puzzle. This is statistically stronger than the relationship seen with other attributes commonly used in selection and promotion, such as educational history (1%), previous job experience (3.2%), emotional intelligence (10%) and cognitive ability (42%). 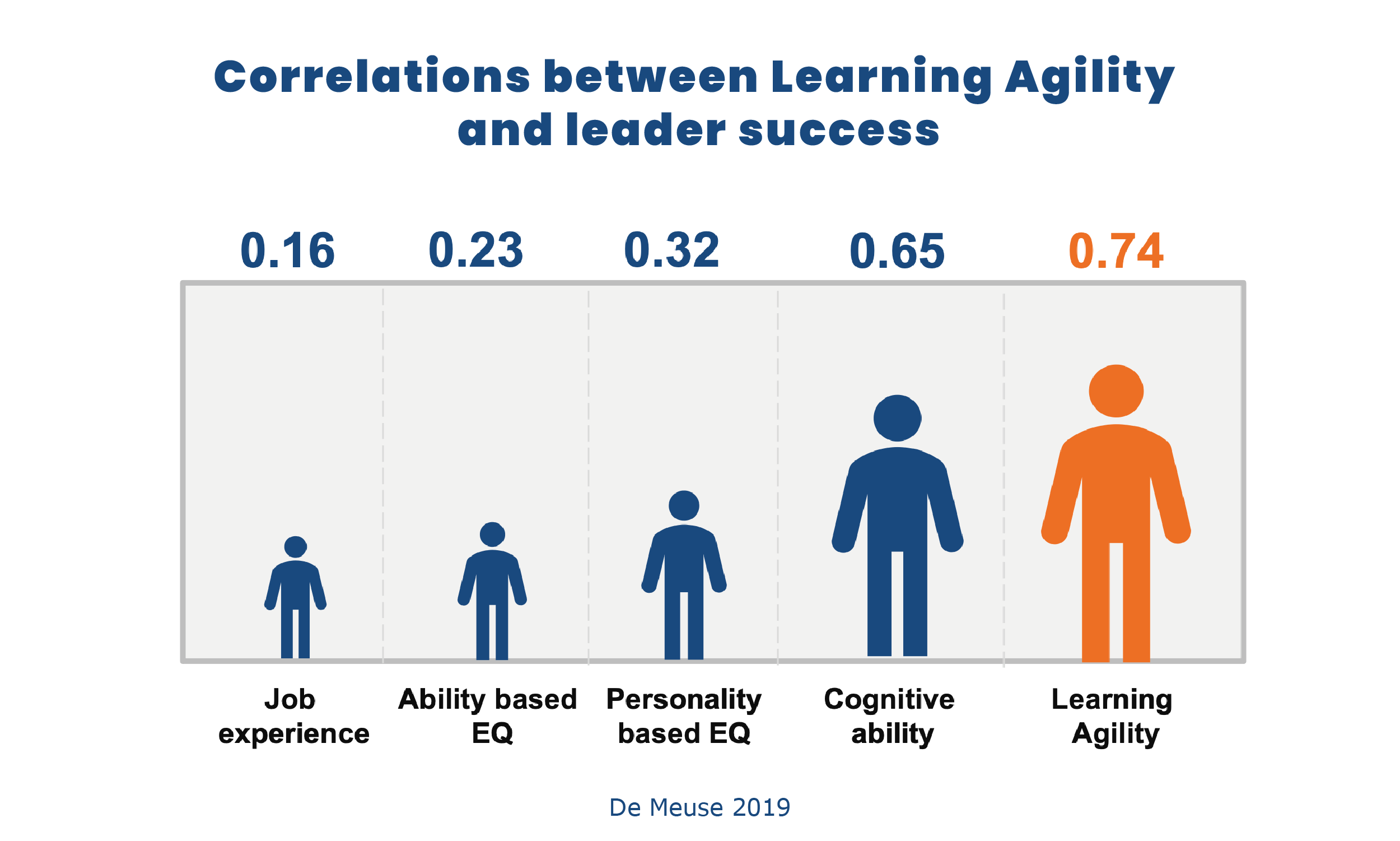 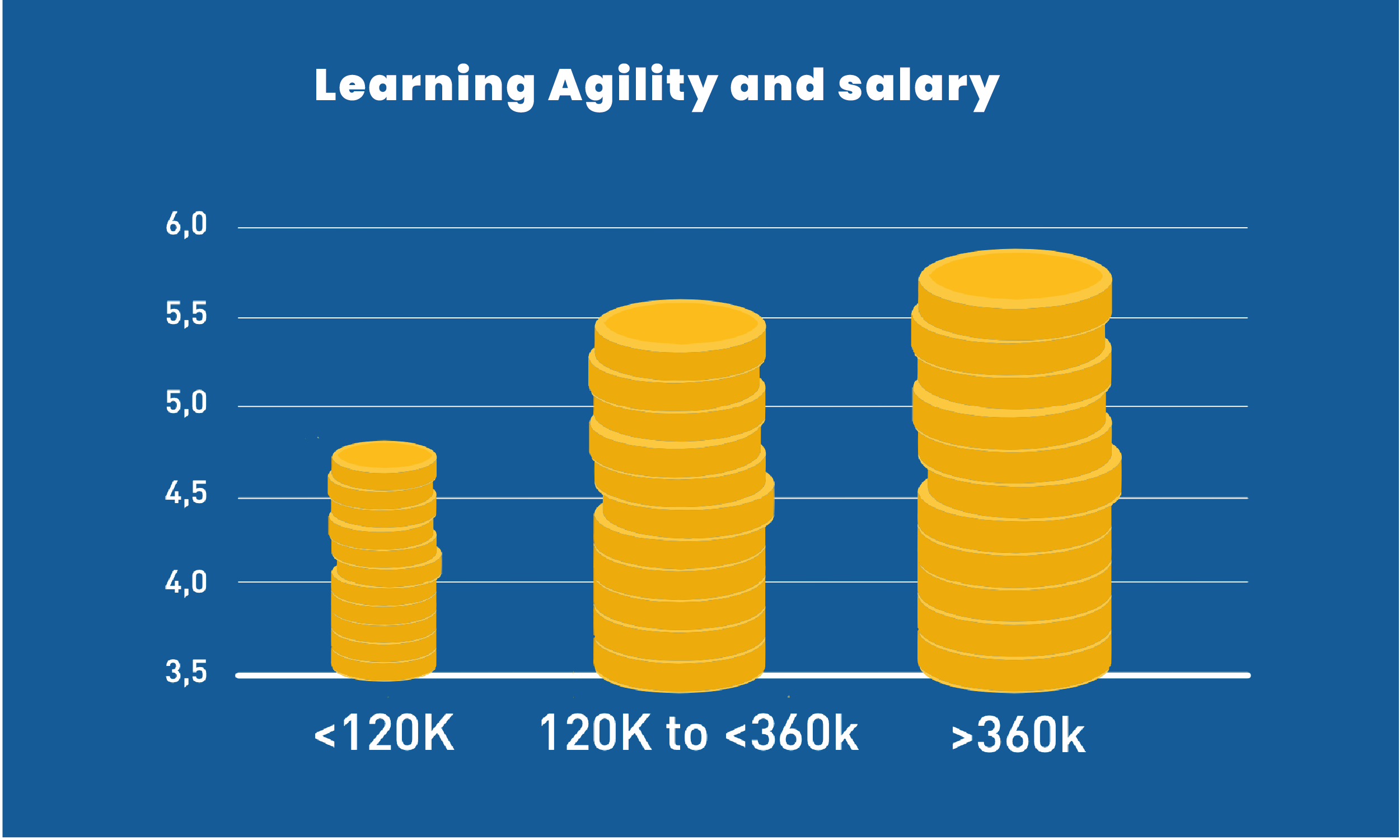 Learning Agility goes hand in hand with career success. This is illustrated by the findings from the HFMtalentindex global Learning Agility study, which shows that senior managers and executives typically have higher Agility than admin, professional and junior staff. In other words, as you move up in seniority, Agility increases. 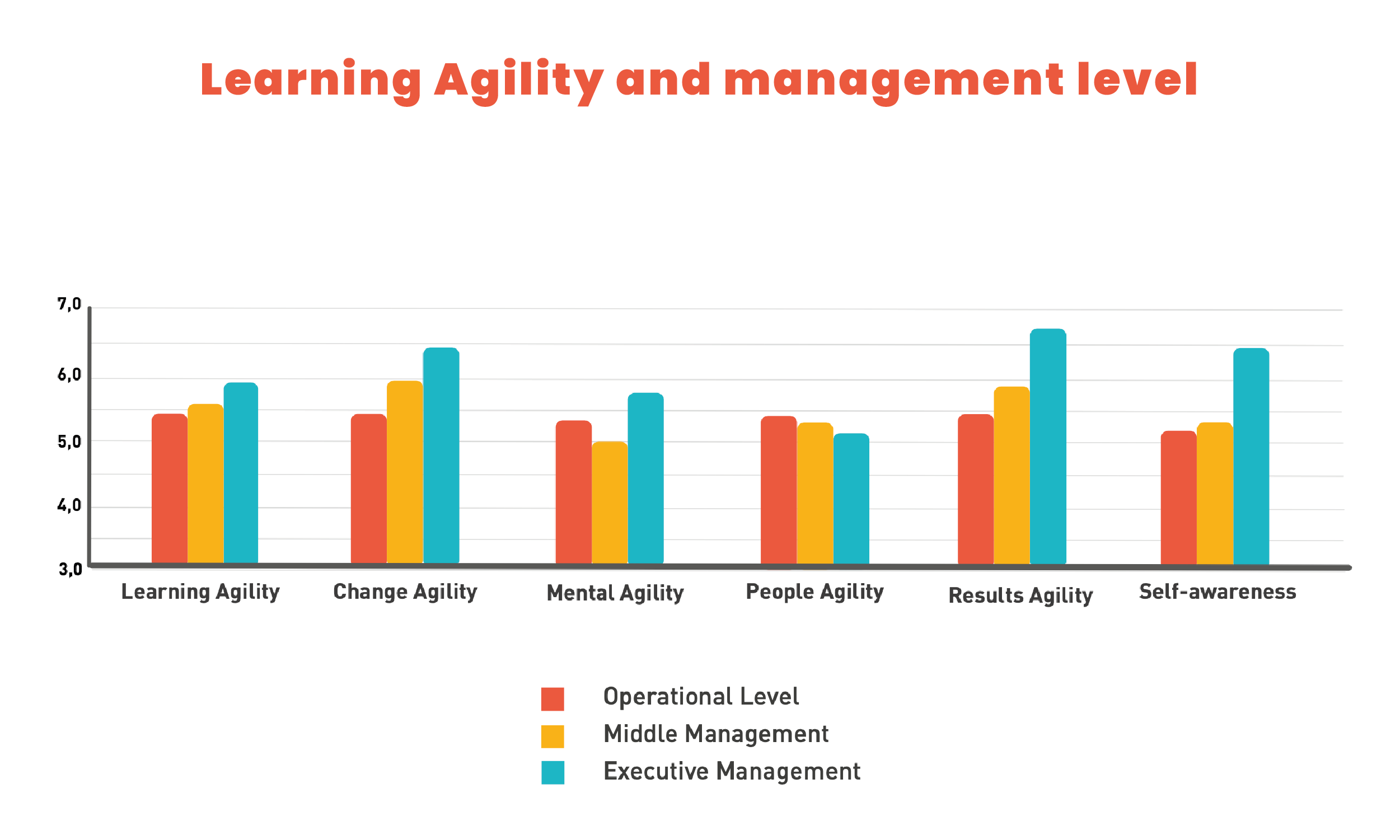 In another longitudinal study at PEP, leaders with higher Learning Agility experienced twice the positive career mobility than their peers. 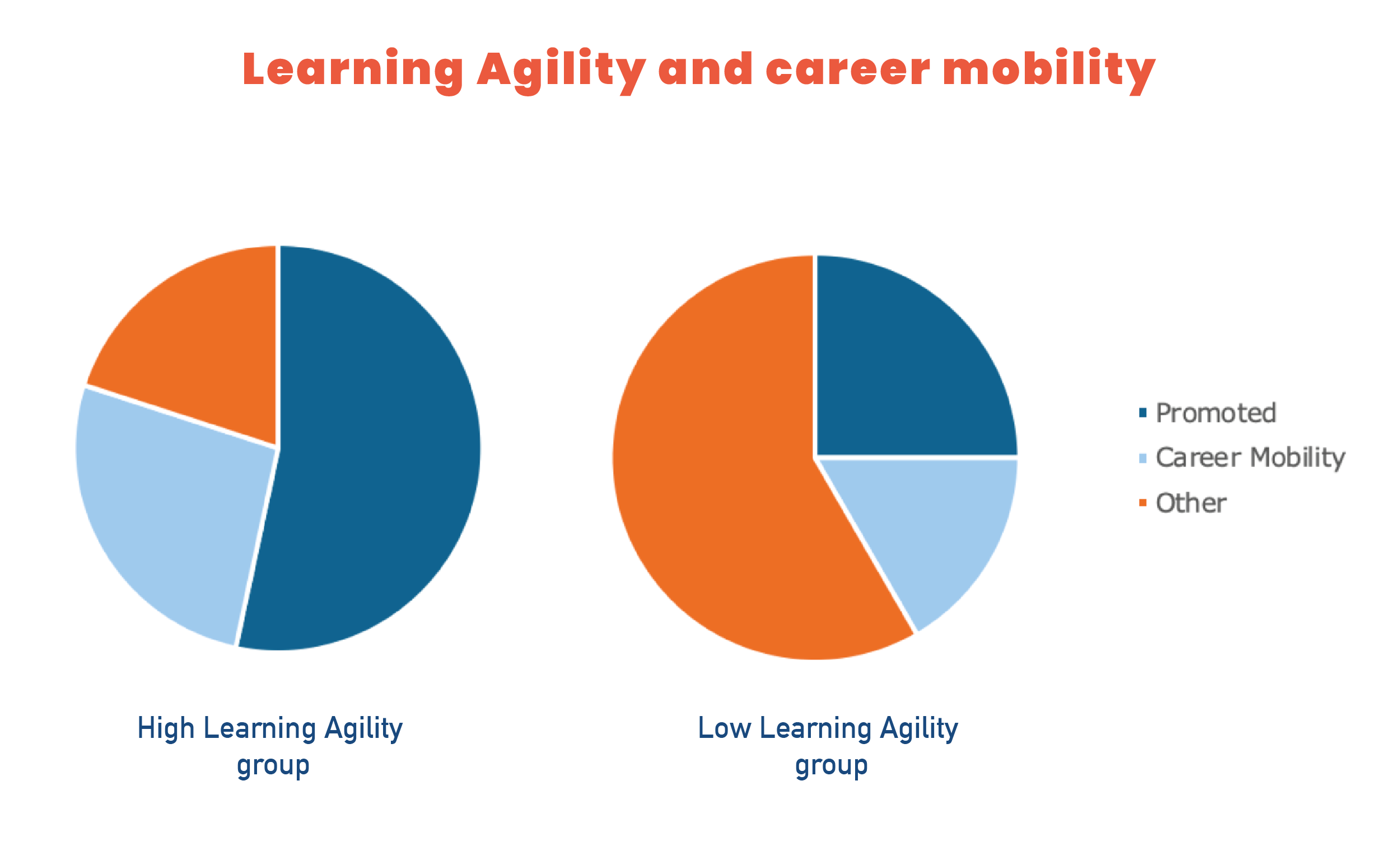 As employees move through the matrix and become more “succession ready”, we see a clear positive correlation with Learning Agility. 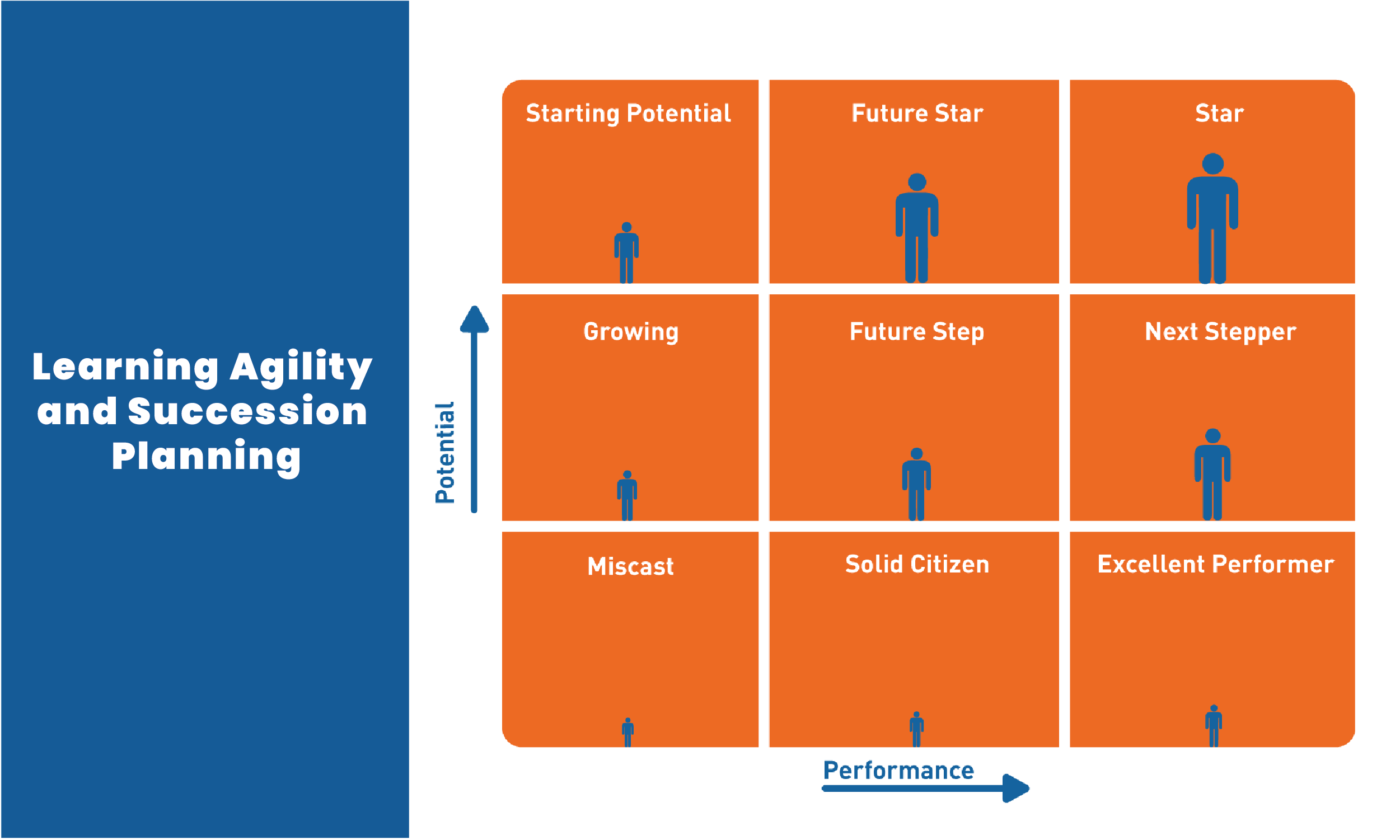 The data shows that senior managers and high potentials generally have higher Learning Agility than the rest. Interestingly, they typically don’t have the highest Agility in any organisation.

When we surveyed the general population, we learned that another group of people has even higher Agility: Change Agents. When you ask who really makes the difference and drives organisations forward, this remarkable group of people has the highest Learning Agility.

Interested in finding out more about Learning Agility and Leadership Agility for your business? Request a demo and we’ll be in touch.

Knowledge
7 Attributes of learning agile employees
Learning Agility is the ability to quickly develop new effective behaviour based on new experiences. This ability has a direct impact on an individual’s performance and behaviour at work. Below are seven important attributes, some or all of which are typically shown by learning agile employees:
Opinions
How Agile is your business? Here’s how to tell
We investigate the four key areas that can be proactively measured to benchmark Leadership Agility and preempt the negative impact of change.
Take the Talent Health Check
Learning Agility Assessments